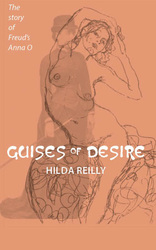 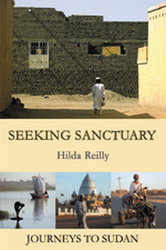 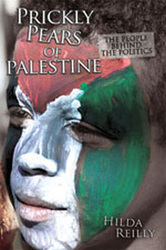 
Hilda Reilly is originally from Perth in Scotland and has returned to live there, after spending most of her adult life abroad. Her occupations have ranged from the stupefyingly dull to the wondrously surreal; when asked that common question: What do you do? she has generally found that the most accurate reply is: I live on my wits.

On retiring from the globe-trotting life she took up studying again, obtaining an MSc in Consciousness Studies, for which she specialised in the neuroscience of religious experience, and an MA in Creative Writing, focusing on the use of narrative to explore the case of Anna O, the 'founding patient' of psychoanalysis. More recently she completed a PhD in Medical Humanities; her doctoral thesis is titled In Her Own Words: Exploring the Subjectivity of Freud's 'Teacher' Anna von Lieben. She is currently converting this into a book.

Her first novel, Guises of Desire, deals with the illness of Bertha Pappenheim (aka Anna O),. She is also the author of two travel books – Prickly Pears of Palestine: The People Behind the Politics and Seeking Sanctuary: Journeys to Sudan.