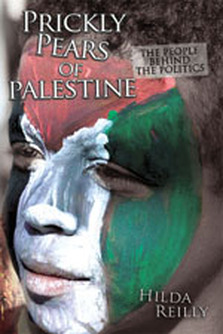 Prickly Pears of Palestine:
The People Behind the Politics

An account of a six-month visit to the Occupied Palestinian Territories: living in Nablus and working at An-Najah University; with a Palestinian family in the tiny village of Nabi Elias; and finally in the Muslim quarter of the Old City of Jerusalem.

The book gives multiple personal perspectives on a momentous period in Palestinian history, covering the death of Yassir Arafat and the election of Mahmoud Abbas.


In all the political discussion about peace in the Middle East the lives of the Palestinians and their suffering has tended to be forgotten and Hilda Reilly's book brings out these human aspects so clearly and vividly, making the reader understand what it is really about
Tony Benn

This book gives a tender human face to the terrible suffering caused by the Israeli Palestinian conflict.
Clare Short in The New Statesman

Prickly Pears of Palestine is a moving and vivid introduction to the realities of life in Palestine/Israel.
Bruce Kent

At last a book that acknowledges that there are two sides to every story.
Waseem Mahmood, OBE

I thought I was well-informed on Palestine, but still reading Hilda Reilly's Prickly Pears of Palestine was an eye-opening experience.
Craig Murray, author of Murder in Samarkand and former British Ambassador to Uzbekistan 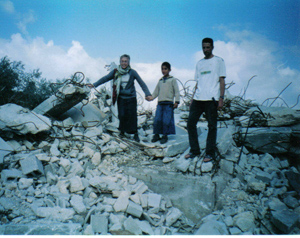 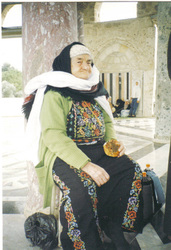 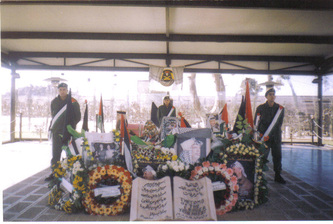